Morning Glory Farm, started in 1975 by James and Deborah Athearn, grows about 60 acres of vegetables and small fruits here on the island of Martha’s Vineyard. Small successive plantings of a wide variety of crops supply the farmstand, which opened in 1981. Jim and Debbie started the farm on family wooded land on Meshacket Road. In the first years, they cleared a small vegetable plot and room for a barn and pasture for milking cows. The yields of the small plot were sold at the farmhouse in a small shed, and at the Farmers Market in West Tisbury.

The 12th generation of Athearns on the Martha’s Vineyard. Simon lives in West Tisbury in his great-grandparents’ farmhouse, with his wife Robyn and their three children.

A degree in aquaculture from the University of Maine. Daniel is a skilled machine operator and irrigation specialist. He Spends hours on the tractors, yet enjoys recreational fishing and sailing on the ocean.

Meeghan, Daniel’s wife, works on the farm and farmstand at the West Tisbury Farmers Market. The couple have three children, and live on family land in Chilmark, where their cattle graze in water-view pastures.

She grew up in Pennsylvania with young, enthusiastic “do-it-yourself” parents. She moved to Martha’s Vineyard where she met her husband, Simon and runs the flower section of the farm.

Born and raised on Martha’s Vineyard, Dalila trained as a Marble carver in Vermont, her love for art still remains and after graduating from Boston University in 2017, returned to the farm flower team as the flower CSA designer.

Our main tillage tractor from 1984 to 2000, now can run on pure used fryer oil — biodiesel is not required. Our Ford 4600 tractor was given a biofuel conversion by Vineyard Alternative Auto under a Vision Fellowship grant to encourage sustainable farm practices on Martha’s Vineyard.

The most versatile machine chiefly to manage our compost operation, it’s nimble enough for any number of other tasks: fork work, grading the farmstand parking lot, stacking brush, and serving as a standing platform for odd jobs.

THE TRACTOR THAT ARMS OUR TREBUCHET

Every autumn, we celebrate the harvest with our Pumpkin Festival.

The first and only factory-new tractor Morning Glory Farm has ever purchased — from Padula Brothers in Raynham. It’s the same unit that is commonly used by most Dirt Contractor in the farming industry.

Our late 1970s Kubota tractor had to cross an ocean and a continent to get to us from its factory in Osaka. It’s an offset cultivating (weeding) tractor that has never needed a new part since we bought it.

Purchased from Charley at Village Power Equipment in Berlin, Mass., our International Harvester Hydro 84 has its strengths and its weaknesses. The hydrostatic drive provides a continuously variable transmission that allows us to match the ground speed to the job being done. It’s our favored tractor for haying and the EZ offloader gets low to moderate use.

Currently set up with a 5-row custom Buddingh weeder and rear-end sweeps, this International Harvester Farmall has high clearance for cultivation and works on both five-row and three-row bed crops. 60 years and still going strong!

Jim’s uncle Leonard Athearn (1918-2005) bought this International Harvester Farmall model A in 1946, not long after he returned to Martha’s Vineyard from serving in the Army Air Corps during World War II

This is the tractor that switched wheels with the Ford 4600 in 2004. We bought it as a loader with a bucket for $10,000 from John Olsen of Huseby Mountain Farm in West Tisbury. 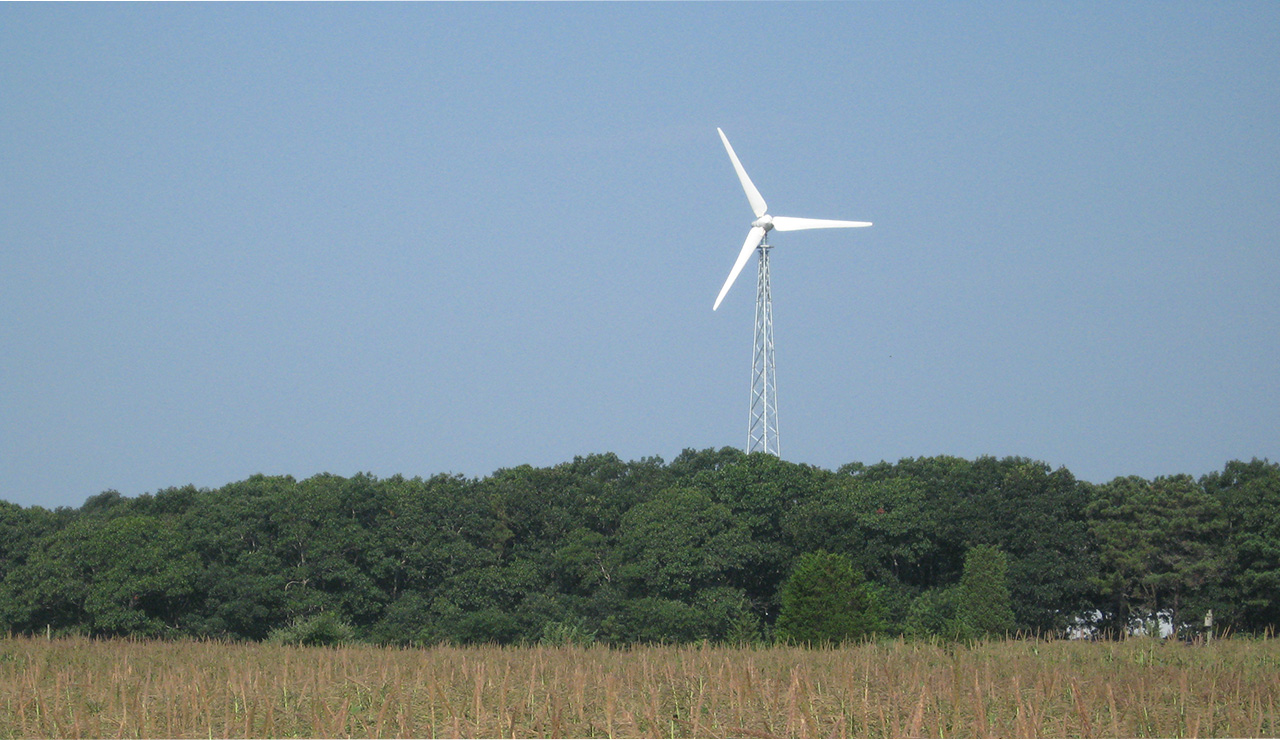 WIND AND SUN POWER THIS FARM—AND THEN SOME

We’re excited to share some news about our energy program here at the farm. Along with our 50 kilowatt-hour windmill — which, so far, has created enough electricity to offset the carbon emissions of more than 100 cars on the road for a year — we’re now generating even more power from new solar panel for home.

“We are an energy-positive farm,” said Simon Athearn, explaining that Morning Glory now sends a small amount of excess electricity back to the local power grid, instead of drawing energy from it.

Our solar project cost $115,000 all told, with state-of-the-art photovoltaic panels using microinverters to convert direct current into alternating current. “The energy field created is minuscule compared to old-style inverters, which makes them safer to live and work around,” Simon said.

OUR COMPOST HEAP IS GENERALLY OPEN DAILY FROM DAWN TO DUSK AND IS MONITORED BY SECURITY CAMERAS. HERE ARE THE RULES:

Please dump as close to the pile as possible. Don’t spread out your loads. Thank you.

We’re delighted to welcome Martha’s Vineyard school and camp groups for tours of the farm, including animals and the bakery. These tours generally last from one hour to 90 minutes.

Please fill out the form and request a tour, and Meg Athearn will be in touch with you to schedule the visit:

FILL OUT FORM BELOW

We’re delighted to welcome Martha’s Vineyard school and camp groups for tours of the farm, including animals and the bakery. These tours generally last from one hour to 90 minutes. Please fill this form to request a tour, and Meg Athearn will be in touch with you to schedule the visit:

We are looking for people who want to work hard, enjoy the company of their fellow workers, produce a worthwhile product, enjoy the outdoors and apply their energies to the success of our cause.